Haldex Brake Products in Landskrona in Sweden is continuously streamlining their production and have now installed a fully automatic painting system, so that they can now paint themselves instead of having it done by subcontractors. To be able to solve the task, there was a need for a buffer system with 9 lanes in width and 3 levels in height for a total of 324 pallets and a robot cell with 3 robots, which pick unpainted items from a driven infeed conveyor and then afterwards put the painted items back into the pallet on the conveyor.
The buffer system is filled and emptied with an AGV at one end and at the other end with a Q loader / crane with forks, which picks up pallets from the storage rack and brings them to the painting cell and then puts the pallets with painted items back into the buffer warehouse.   The buffer tracks consist of 15 infeed roller tracks with space for 180 pallets with unpainted items and 12 outfeed roller tracks with space for 144 pallets with painted items.   Controlled pallet handling As we handle 600 kg heavy pallets on gravity conveyors, brake rollers are mounted on the tracks so that the pallets do not roll forward with full force and hit the fixed stops at the end of the tracks hard, just as we prevent the pallet from running hard against the pallet (s), already queuing on the line.   By fitting separation stops at the end of the conveyors, we also ensure that there is a distance between the pallet that is at the front and must be picked up and the pallets that are behind. This prevents several pallets from rolling out at once.   It has been Haldex’s goal, that there must be no manual handling of pallets from the processing machines until the workpieces have been painted and driven on to the assembly department. This is solved by handling all pallets to and from the buffer warehouse with AGV trucks, by feeding and removing pallets from the shelving with the Q-loader and by handling all items in the painting cell with robots.   An order number always includes 6 pallets, and the pallets in the buffer shelving must be placed so that it matches the order number, i.e.  the pallets must be in the same track. This is safeguarded by Q-Systems’ electrical control. The system is based on the AGV truck driving to a scanner, which reads the labels on the pallet, after which the control tells the AGV truck which track to place the pallet in. It takes place in the same way on the other side of the shelving, where the Q- the loader is operating.   The Haldex project is a so-called turnkey solution, i.e. we are responsible for construction, assembly and commissioning on the basis of a close collaboration with Haldex regarding their wishes for design, capacity and management of the entire plant.   Personnel savings Only one operator is needed to control the entire system, which has resulted in staff savings in terms of truck driving and the staff who have so far had to pick unpainted items from the pallets and put the painted ones back into the pallets. The items can be heavy, so the new plant has also led to a better working environment. 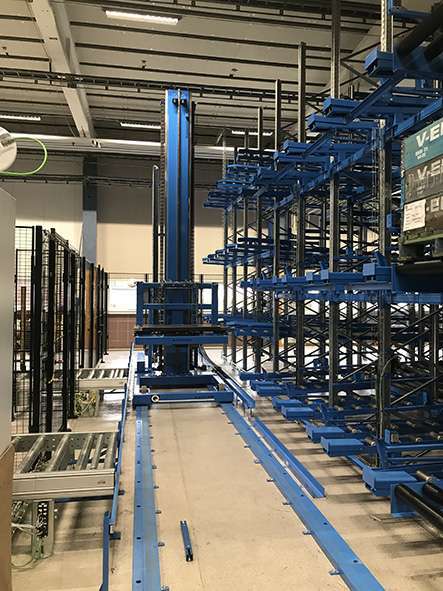 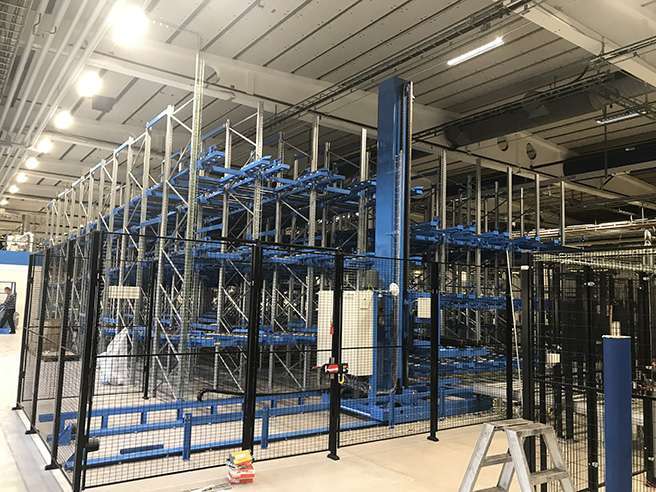 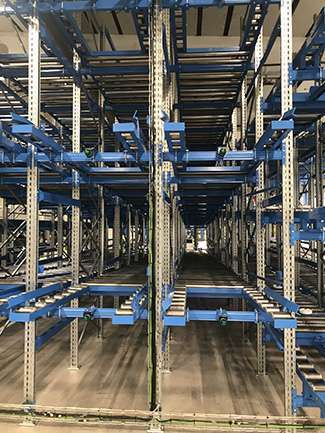 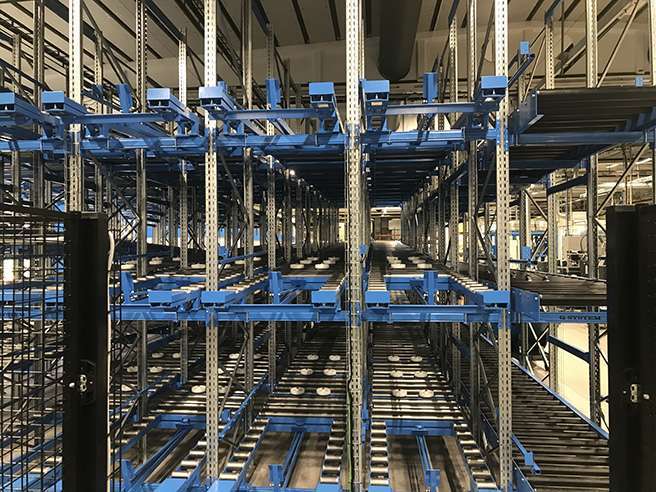