Efficient Production on Non-Driven Conveyors
We have supplied Factory House of Denmark with a manual handling system consisting of about 80 m of non-driven roller conveyor combined with three large ball tables, where you can turn the item around as you wish, and 2 very large tilting tables. Additionally, we supplied a cord-driven roller conveyor with a raising/lowering angle transfer to a CNC machine.

Factory House design and produce modular house elements, which are used in their own property projects. The house elements/modules are stacked on top of each other in a system that allows them to be used for both apartments for college students, one-family apartments and penthouses. Our conveyors are used in connection with the production of walls for these modular houses.

The plates/walls are cut to the right size and then glued together to finished sides. Afterwards, they are transported ahead on non-driven conveyors while being fitted with edge rails, windows and other components.

When the walls are fully fitted, they are pushed ahead and onto one of the 2 specially-designed tilting tables with rollers, which are standing in a horizontal position. Via a small control with pneumatics, the table is raised into a vertical position, and the walls, which are now placed upright, are sent on to the painting cabin suspended in ceiling-mounted rails. After painting further ahead to the assembly department.

When the floor, walls and ceiling have been assembled, the finished module can be shipped on a block truck. A module can weigh up to 24 tonnes, so they make solid houses at Factory Houses.

This is not the first time we have supplied conveyors for the production of modular houses. A couple of years ago, we supplied a large-scale conveyor system – and later several additional conveyors – to Derome Plusshus of Sweden, manufacturer of “ready-to-install” wooden houses.

Green Box Will Also Use More Non-driven Conveyors in Their Production.
Danish Green Box is, in a way, within the same line of business as Factory House. They make preassembled bathrooms ready to be installed in new constructions and on renovation of existing houses. So, Green Box handle also big plates/walls.

We have recently supplied two 5 metre long, non-driven roller conveyors, which are placed next to each other with a distance of app. 60 cm, so that it is possible to walk between the conveyors and push the plates ahead. 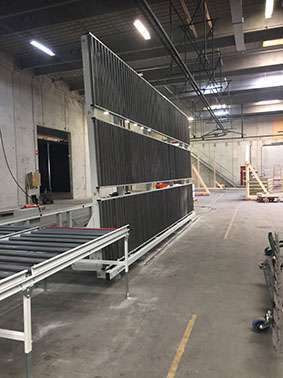 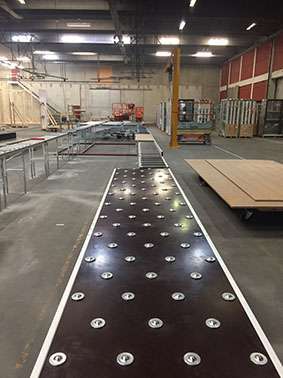 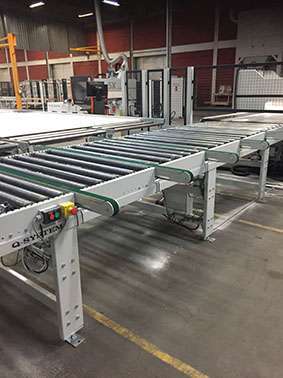 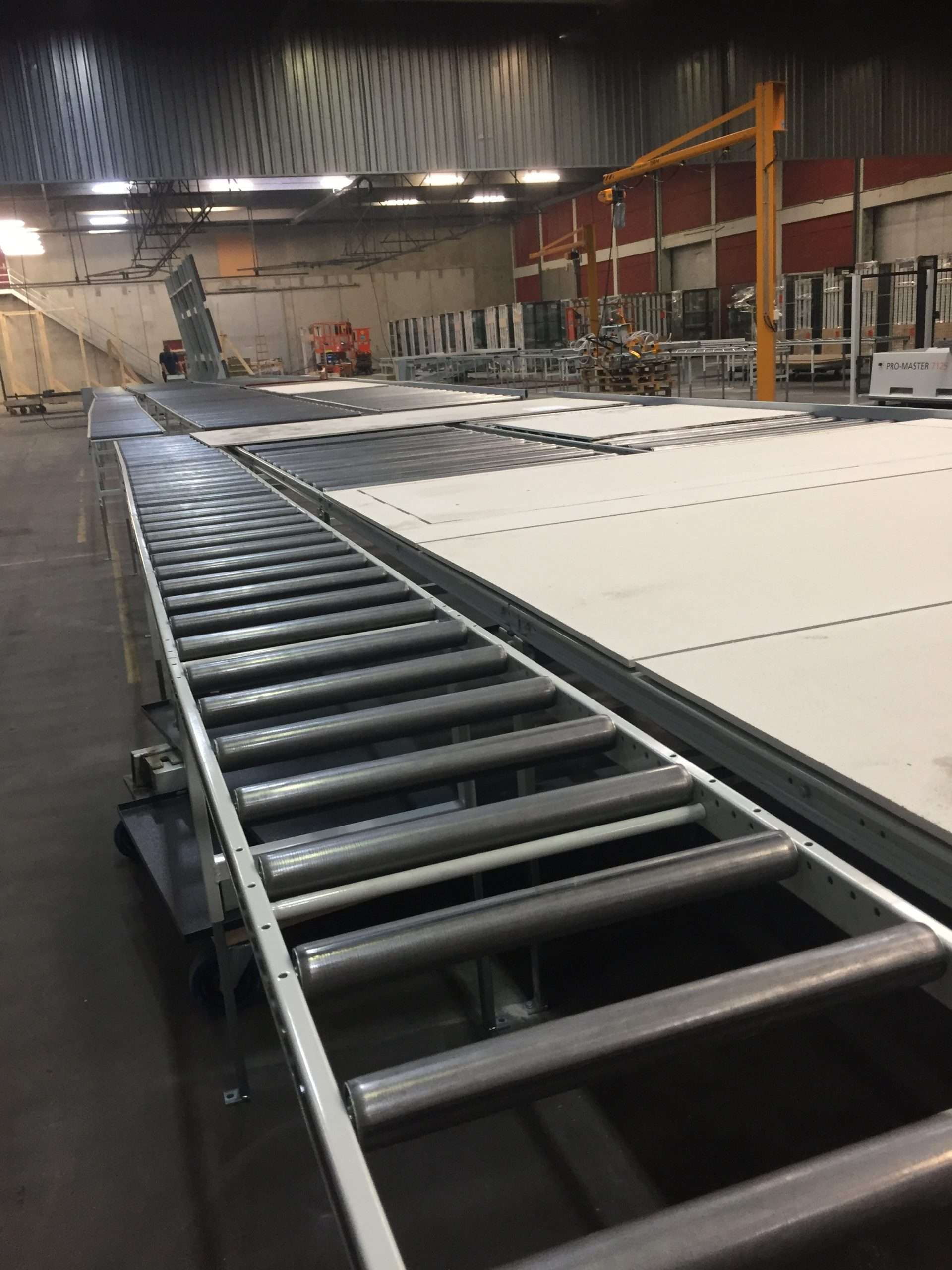